Net Zero… something you are probably seeing more and more about in the news. But what does it really take to become carbon neutral in your business, and how do you achieve it?

In today’s world, organisations know they can’t just work for the present, they need to invest in the future. As environmental issues such as climate change take centre stage and impact all areas of our lives, responsible companies are taking initiative to reduce their carbon footprints. Even small actions can have a big environmental impact, for the better or for the worse! Are you ready to set an example in your industry and become carbon neutral?
It’s not secret that pressure is mounting on mankind, especially businesses, to prevent further damage to the natural world. Through technology such as documentaries, satellite images and climate records, we have all been able to see the devastating impact our collective actions have had on the planet, and the limited natural resources. It’s spoken about regularly in the news and discussed by world leaders, bringing awareness that change is needed. Climate change group, Extinction Rebellion, have recently protested around London seeking meaningful change to the UK’s climate policies. The scary truth is that, without change, life on earth is under threat.

Recording all emissions is a necessary action in order to continuously reduce and avoid them. Any remaining unavoidable emissions can be offset, with a carbon offset project. The effect on the global climate thus remains neutral overall and the company becomes ‘climate neutral’.

Interestingly, a recent survey conducted by PwC 2015 on climate protection and consumer behaviour showed that environmentally friendly behaviour is an important criterion for 80% of Germans when deciding on a supplier. This shows business action is critical, not only to protect the environment but to keep the confidence of customers. Awareness of climate protection among the population is increasing, and many of them must see companies as being responsible.

Thankfully, through awareness, more individuals and businesses are making the changes necessary to reduce carbon footprints.

What is a carbon footprint?

A carbon footprint is the total greenhouse gas emissions caused by an individual, event, organization, service, or product, expressed as carbon dioxide equivalent. Examples of carbon emissions are both natural and human sources of carbon dioxide emissions. Natural sources include decomposition, ocean release and respiration. Human sources come from activities like cement production, deforestation as well as the burning of fossil fuels like coal, oil and natural gas. 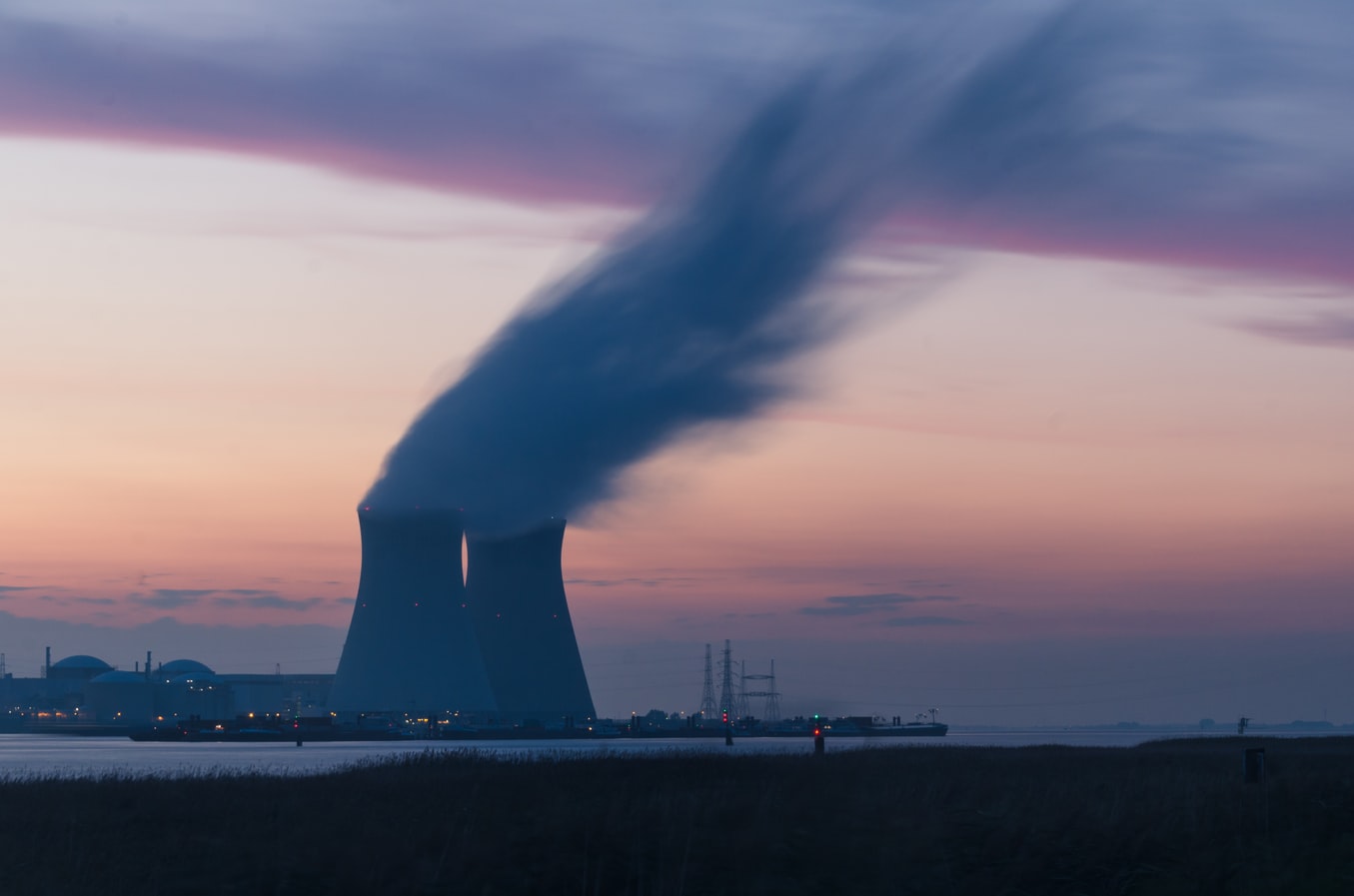 So what are the steps to becoming a carbon neutral business?

Carbon neutrality is achieved by calculating a carbon footprint and reducing it to zero through a combination of efficiency measures in-house and supporting external emission reduction projects.

There are many organisations or consultants who can help you with how to achieve net zero in your business. Carbonneutral.com is an organisation who provide a set of guidelines for businesses to achieve carbon neutrality. They award a badge to demonstrate the climate action of successful companies around the world. The CarbonNeutral Protocol gives businesses a rigorous and transparent framework to deliver carbon neutrality for their business, products and/or activities.

Businesses have different levels of greenhouse gas emissions, depending on the nature of their activities, products and services.

Emissions are broken down into three categories: Scope 1 and 2 are mandatory to report, whereas scope 3 is voluntary and the hardest to monitor.

Here are the five steps that the Protocol outlines to deliver carbon neutrality and the support we offer at each stage.

The UK is committed to net zero carbon emissions by 2050 and most of the world’s leading economies are following a similar route. Larger companies are coming into line and supply chain businesses are expected to do the same. What can businesses do to reduce greenhouse gas (GHG) emission and avert a climate crisis? Becoming carbon neutral is just a start!

In June last year, the UK became the first major world economy to set legally binding commitments to achieve net-zero carbon emissions by 2050. The target will require the UK to bring all greenhouse gas emissions to net zero by 2050, compared with the previous target of 80% reduction from 1990 levels. This means that the transition to a net zero economy is gathering momentum in the United Kingdom.

A growing number of countries, regional governments and city’s around the world have set out similar plans to achieve net zero by 2050, including Canada, South Africa and the world’s biggest polluter, China. The EU also aims to be climate neutral by 2050, in line with the bloc’s commitment to global climate action under the Paris Agreement.

This is an encouraging response to the overwhelming evidence that global warming continues apace, and action is needed now to avoid the catastrophic consequences of climate change.

We often get asked the question ‘Is it possible to become carbon neutral?’, and there are many organisations out there to prove it is possible. There are hundreds around the globe, but here are some organisations who have achieved net zero that you may not know about…

What is the benefit of becoming carbon neutral?

Obviously the goal of becoming carbon neutral is to preserve and protect the planet for future generations. Think less pollution, less waste to landfill, and ultimately less greenhouse emissions. If you thoroughly reduce your carbon emissions before offsetting the remaining, it can also save you money.

In October this year, the Government published a national Net Zero Strategy, setting out how the transition to a net zero economy will work in practice. According to the report, meeting net zero will require reductions in emissions across all sectors of the economy on a scale not previously seen.

The report is upbeat in its approach, arguing that whilst the net zero targets will be a challenge, it also represents a major opportunity for growth. The UK’s low-carbon economy already supports over 460,000 jobs and could grow 11% per year between 2015 and 2030 — supporting up to 2 million jobs. Longer term growth in the UK’s 12 low carbon sectors could contribute £27 billion to the economy through domestic economic activity and £26 billion through exports by 2050.

A recent NPower survey of around 100 businesses across manufacturing, retail, property, transport, professional services and the public sector, showed that 75% of respondents believe net zero emissions by 2050 is an achievable target. Around 83% of respondents also believe net zero is a benefit that will deliver greater operational resiliency and cost savings in the long term, as well as reducing carbon emissions and improving reputation.

Businesses are unlikely to mitigate all emissions from their operations, so after reducing as much as possible may want to consider offsetting remaining emissions. Offsetting enables businesses to invest in environmental projects as a way of balancing their own emissions. It might involve supporting clean energy projects or sequestering carbon emissions through tree planting schemes or other nature restoration projects.

Also carbon credits is a market-based process developed through the Emissions Trading Scheme (ETS), which allows for businesses to pay for the removal of a certain amount of carbon dioxide from the environment.

Carbon offsetting costs businesses money, so it is wise to first ensure you have reduced your carbon emissions the most you possibly can, and continuously improve.

What more can be done?

Buying plastic-free products, or even food without plastic packaging can be expensive. However, if we do what we can and commit to recycling, a little goes a long way. Businesses in the UK produce huge amounts of waste – encouraging businesses to adapt their sustainability goals to reduce their carbon emissions is a leap in the right direction.

The best thing we can do is make a start towards reducing our own carbon footprint, as well as using the products and services of carbon neutral companies, to help work towards a more sustainable future.

We help companies reduce their carbon footprint with our bin liner system.

With Longopac, every bag is 100% full, so only the exact amount of liner needed is used. Also, because the waste is compacted, there is less wasted space due to liners being full of air, meaning a further reduction in plastic. The way the liner material is constructed means they use 55% less plastic than standard bin liners, but are 4x stronger. Visit this page to calculate your potential plastic and CO2 savings – all you need to input is how many bin liners you use annually!

By implementing our continuous liner system in their bins, within just 12 months we have helped:

• A large corporate office to reduce their plastic usage by 10 tonnes and the carbon footprint by 46 tonnes!

• A UK clothing retailers distribution centre to reduce plastic usage by 58 tonnes and the associated carbon footprint by 249 tonnes!

• A famous UK bakery manufacturer & retailer to reduce the plastic usage by 42 tonnes and the carbon footprint by 179 tonnes! 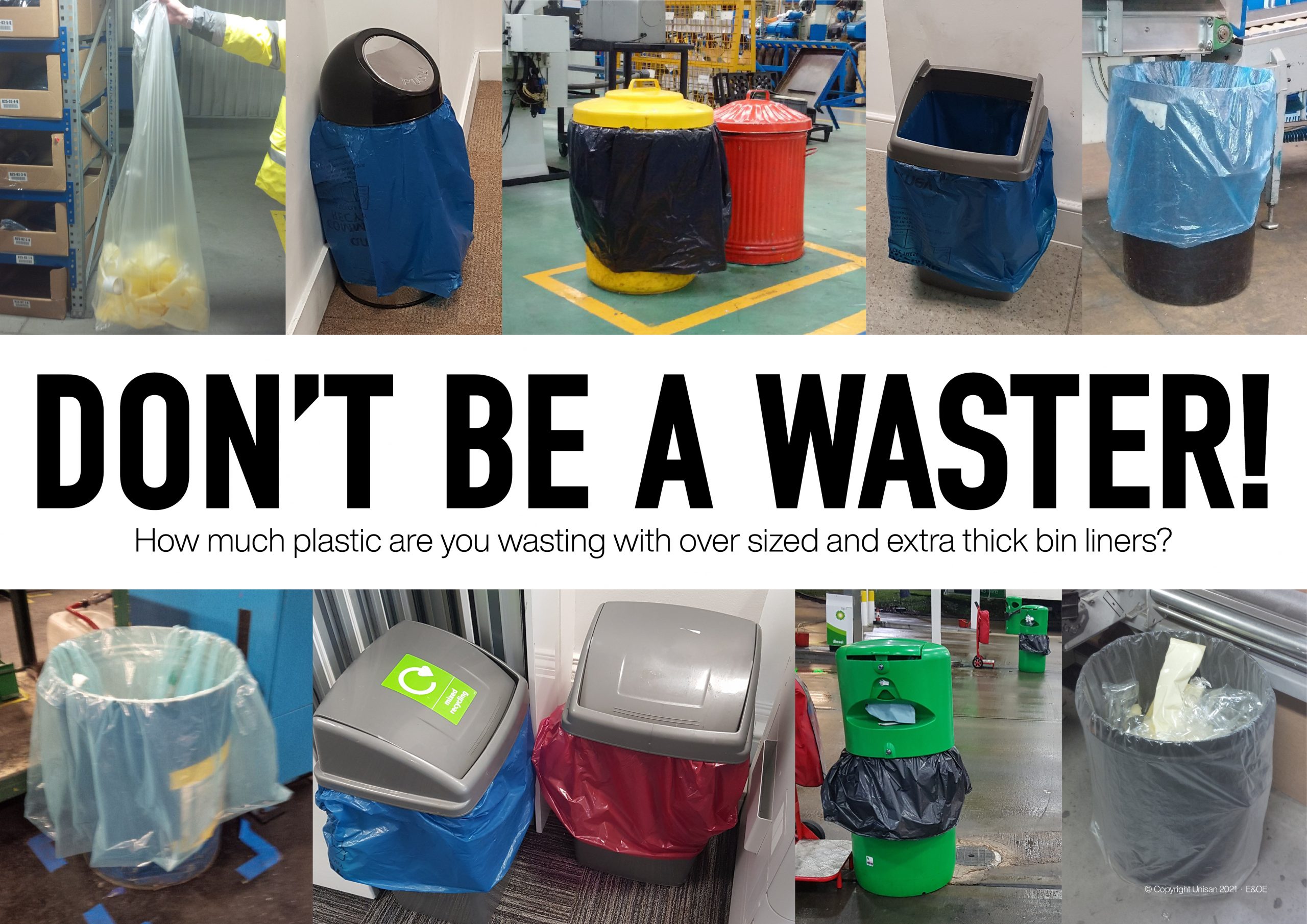 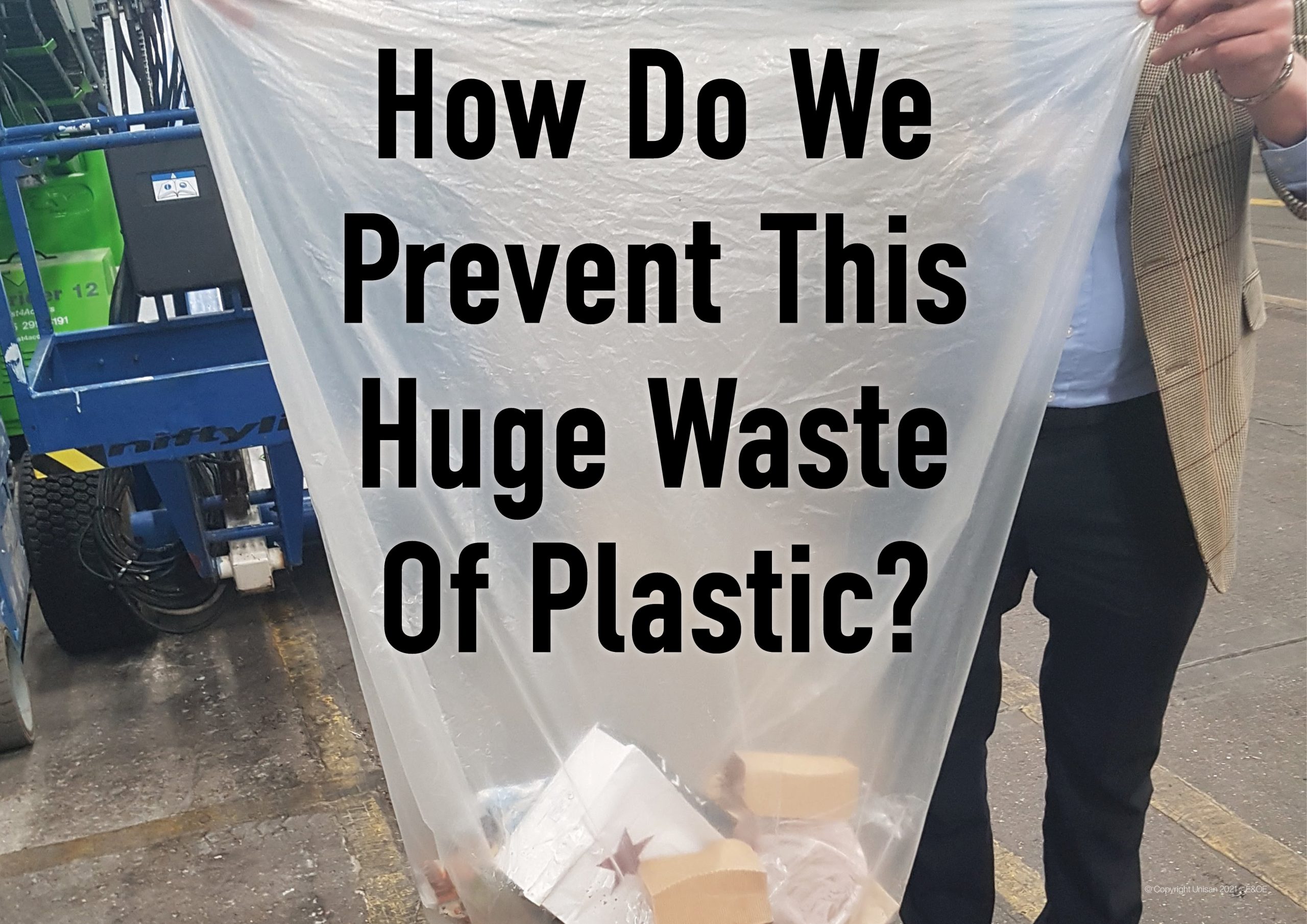 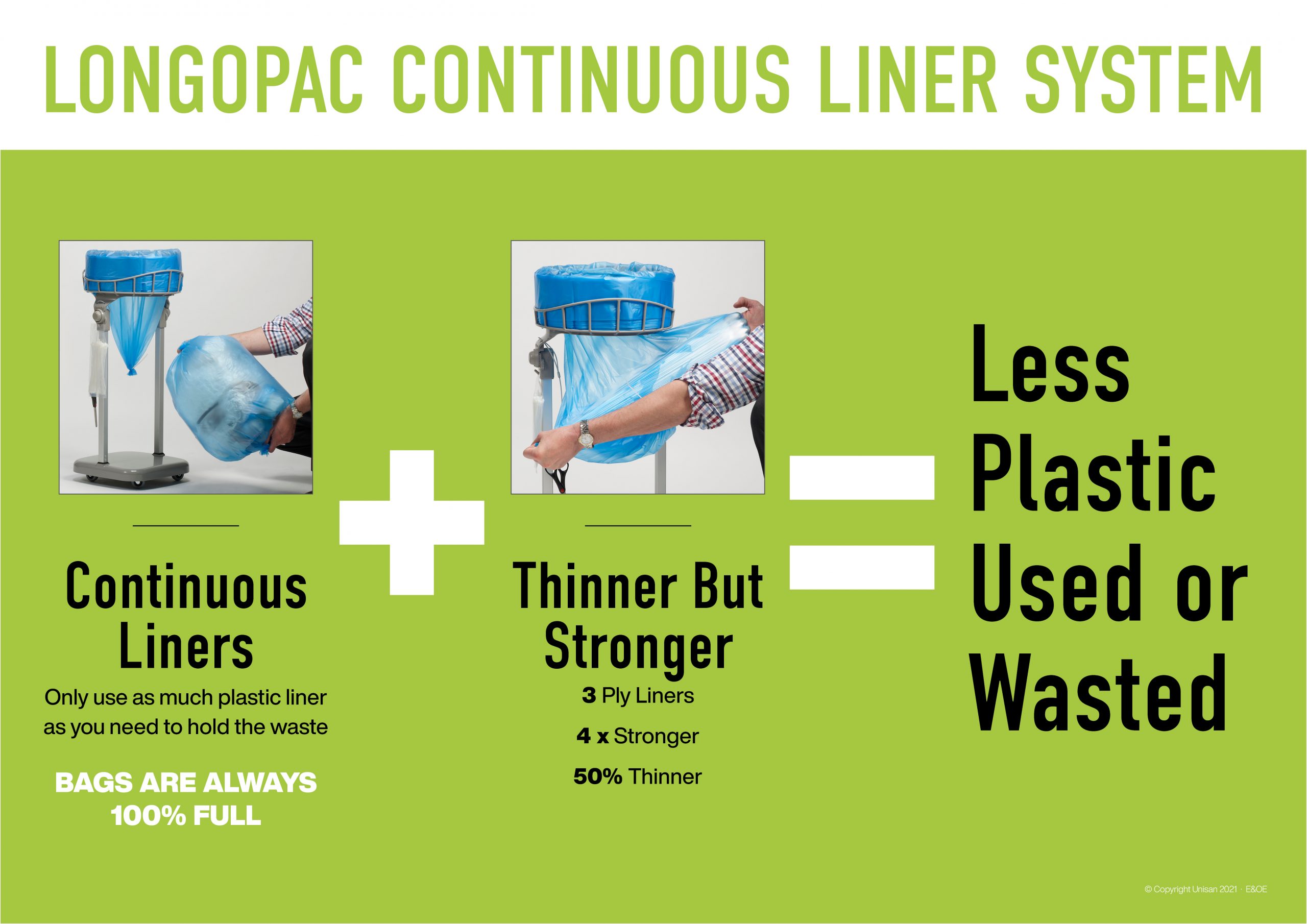 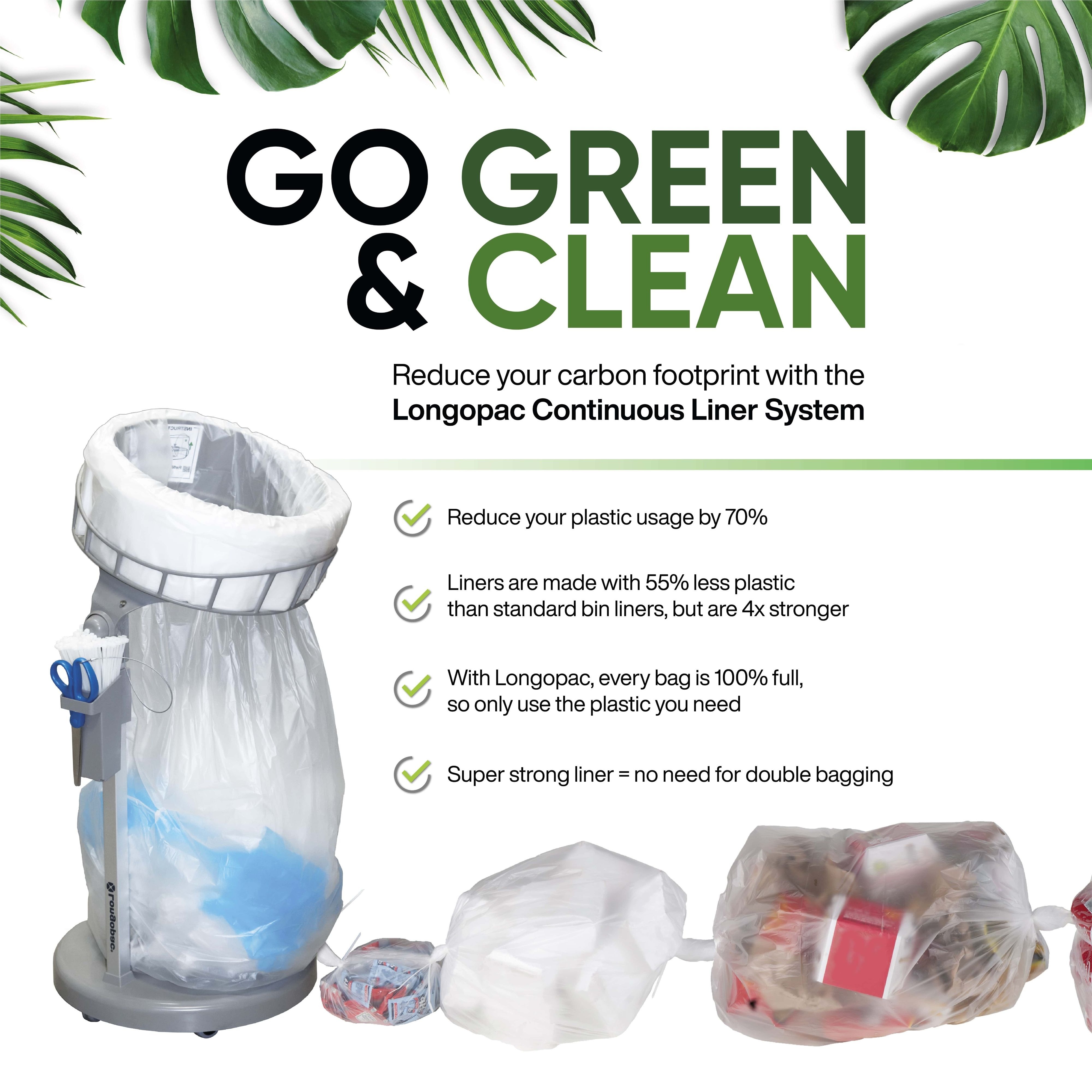 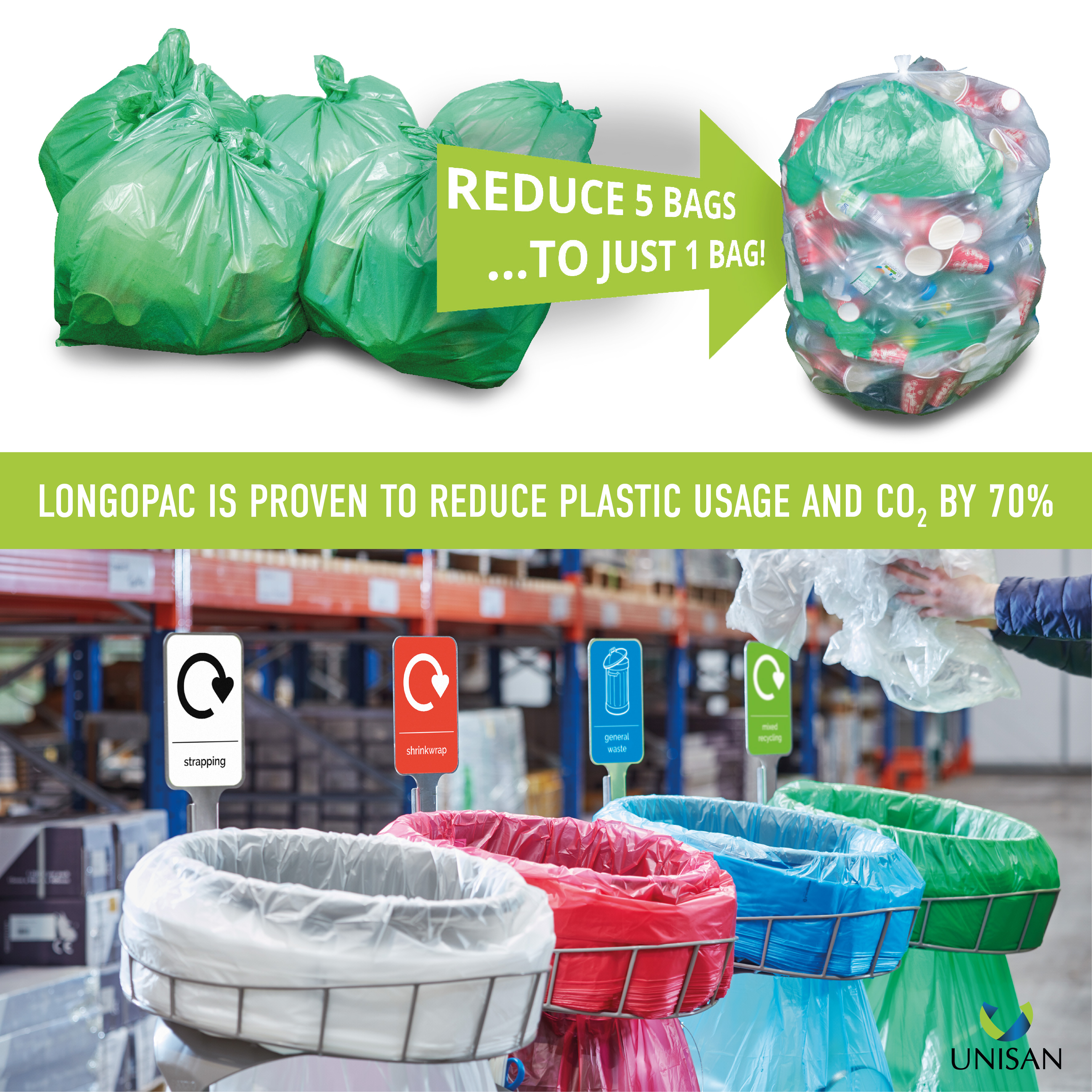 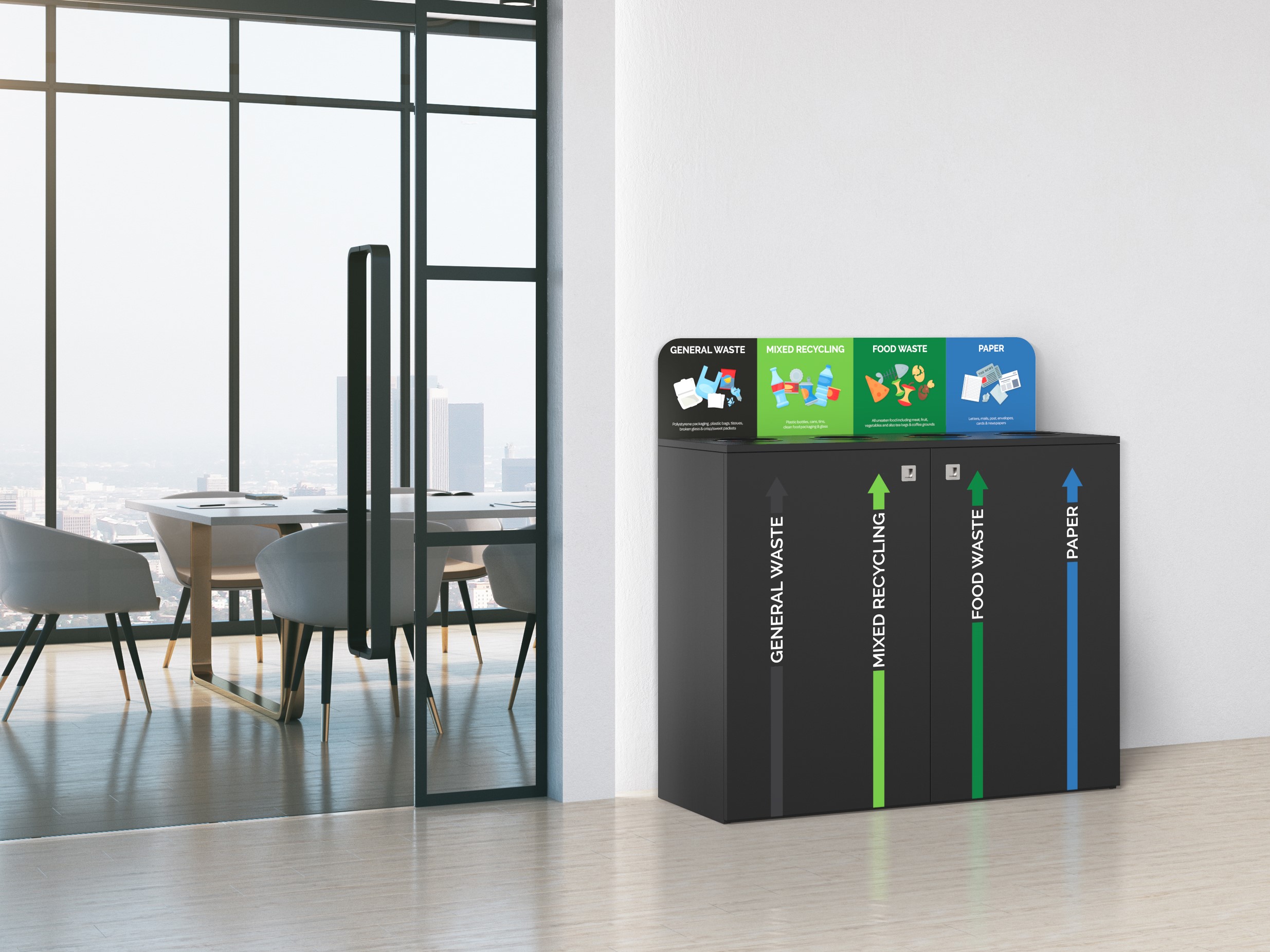 We have Longopac solutions designed for many industries including, corporate office areas, food production and manufacturing, automotive, distribution centres and warehouses. Want to reduce your carbon footprint? Speak to us today about the Longopac continuous liner system on 0330 700 6000 or email us.

So to summarize the answer to the question ‘Is it possible to become carbon neutral?’ yes of course it is! Reduce, reduce, reduce your carbon footprint first, then offset the remaining.