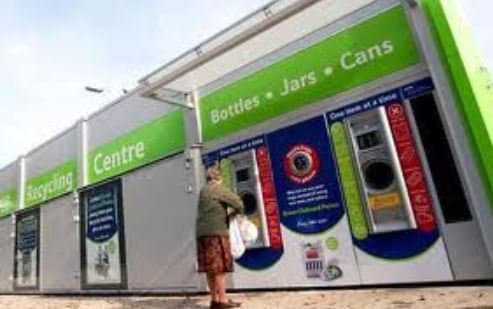 In the most basic terms, its name speaks for itself. The confusion may come when we start to understand how it will actually work. The UK Government are currently in consultation so hopefully, we’ll have more news soon. 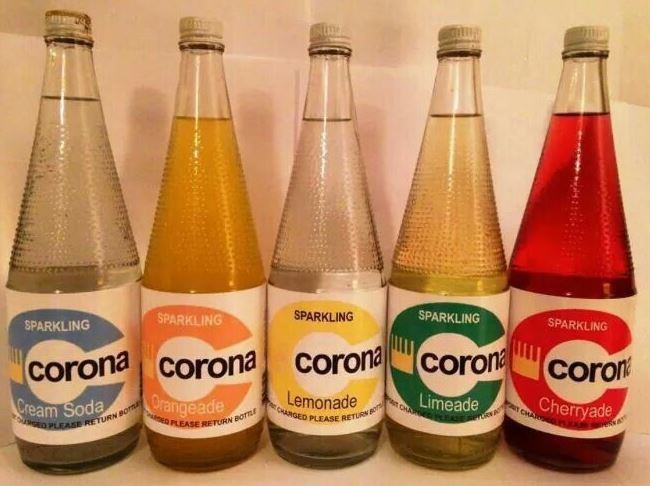 So, whilst the Government are in consultation, what do we know right now?

Germany introduced this scheme to their country in 2002, with varying deposit amounts depending on the container type, use and size. As expected, the ever-efficient Germany has applied the principles of ‘Vorsprung Durch Technik’ by introducing an automatic collection point to automatically scan containers and issue a receipt for the deposit. The scheme successfully saw German PET bottle return and recycling rise to 98.5% – the highest in the world. According to Government Statistics, the UK’s currently sits at 37.9%

Sweden has had some form of legislated deposit on beverage containers since 1984. The current system was established in 2006, by the “Ordinance (2005:220) on the return system for plastic bottles and metal cans. Swedish Law requires a financial incentive to return containers to the system but does not explicitly require a refundable deposit. It is up to the entity running the system to decide the exact nature and amount of this incentive, with the approval of the Board of Agriculture.

As of March 2018, Welsh ministers are working on a plan to introduce a deposit-return scheme. 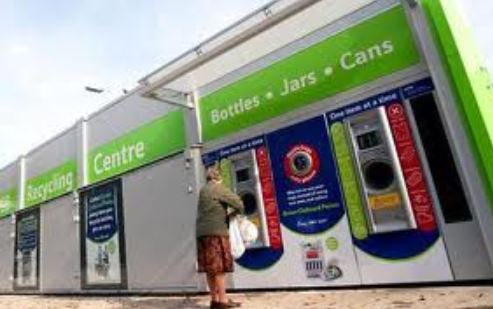 Following research and a call for evidence organised by Zero Waste Scotland, the Scottish Government confirmed in its 2017 Programme for Government that it intends to introduce a deposit-return scheme for single use drinks containers. That said, retailers and business owners have already set up their own schemes.

Some Tesco stores have reverse vending machines which pay ½p per aluminium can (equivalent value in Tesco Clubcard Points).

You don’t necessarily have to wait until the Government decide ways to be more sustainable, you can introduce your own. CafeCrush™  is a market ready, off-the-shelf solution perfect for any business to plug ‘n’ play their own scheme. 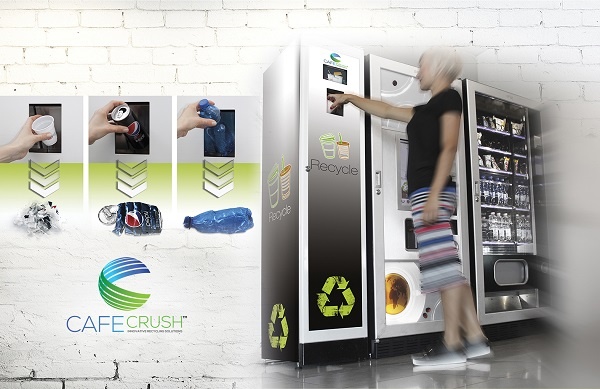 What makes CafeCrush™ so unique is its size. It’s the same height as most vending machines making it the perfect addition to any staff room, break-out room, corridor and more. It also features: